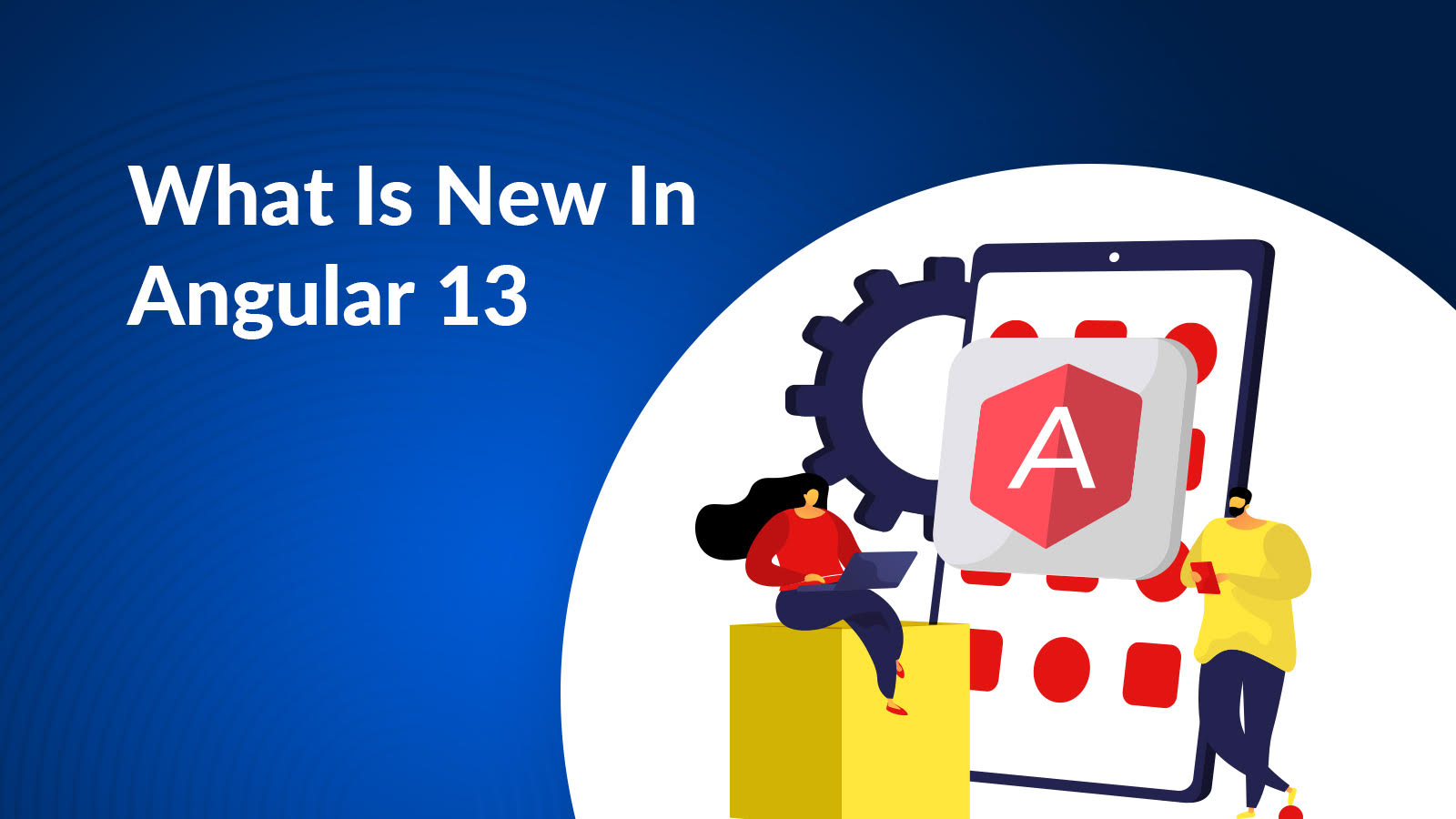 Technology News
What is New in Angular 13?

As of today, Google’s popular TypeScript-based web framework, Angular 13, has been released as a production version.

As a pre-planned upgrade for the widely adopted typescript-style framework Angular, Angular 13 is one of the most planned releases in the past. Angular 13 is available in eight different beta versions from September 24, 2021.

Collated below are the top seven features of Angular 13 that substantiate its claim to be the future of Enterprise-ready web app development solutions.

In Angular 13, developers can add static type to their code using Typescript 4.4. Static typing helps developers identify and resolve bugs much faster and earlier in the development process. Typescript enables developers to quickly determine why the output is not what they expected. If the developer uses another framework, he or she would have to go all the way back to the beginning of the code to locate the error. If a project requires coding for large applications, this feature can save a lot of time.

Components form the core of an Angular web application. Components of Angular can be thought of as trees containing only relevant elements with related functionality. They provide an API that is clean, smooth and well-encapsulated for all apps created with Angular. Maintainability and reusability are two of the greatest virtues of the Angular architecture.

Components of an Angular app can be reused. The component can then be reused across all parts of the code requiring that same functionality once it is created. Developers can save a lot of time by using Angular’s component-based reusable architecture, while maintaining consistency across the application.

Maintainability: Another benefit of Angular is its loosely coupled components. As a result, the app components can be easily replaced by the required implementation, which makes maintenance very simple. You can also hire a top Angular JS developer to ease the process further.

One of the main reasons for Angular’s popularity is its efficient command-line interface (CLI). Angular’s CLI streamlines the entire development process with straightforward commands that automate critical processes like configuration and initialization.

By using the Angular CLI, developers can easily create space for new components by understanding where to place the update and which module to import it into. A rapid unit test is also carried out by Angular to ensure error-free rendering of the component. Before beginning the development phase, you should ensure that your team is structured appropriately.

Angular’s dependence injection has the most significant benefit of allowing developers to edit or replace specific injectors without rewriting the entire app.

For browsers to interpret code in Angular, developers need to turn the code into plain JS instructions. The components are translated using an Ivy renderer, which automates the translation process.

The Angular frameworks provide an ‘Angular universal’ service which allows the app to be rendered on a server rather than on the client’s browser. With server-side rendering, the app’s search engine ranking is improved, the load time is slashed, and the app’s performance is enhanced on mobile. Angular universal, then, provides seamless interaction for the end-user of the enterprise application.

In Angular Design, one of Angular’s services, developers have access to comprehensive design best practices and extensive research materials, ensuring a great user interface for their clients without any major investment in time and resources.

By providing pre-built User interface components that have been tested for optimal functionality on web, desktop, and mobile platforms, Angular Material makes it an even easier job for developers. Developers using Angular Material can create standard layouts, navigational elements, form controls, buttons, and indicators in a very short period of time, making it easier to build enterprise applications.

Why is Angular 13 is the number one choice of all experts:-

Developers can find the information they need by consulting Angular’s licensed documentation. It is only natural that they can offer the necessary clarification as soon as possible and solve problems as soon as they occur.

A large part of Angular’s popularity stems from its additional tools and components.  These can be incorporated into your wimplement them in your team.

This will enhance your productivity and functionality.

This fact alone is enough to make the majority of business owners hire Angular development specialists for their projects. Four years ago, Google announced it would support Angular as long as possible at its developer conference.

4. Architecture based on components

Angular shifted from its Model View Controller architecture to a component-based one. We saw that Angular 2 was the result of this shift. Angular applications can thus be divided into logical components and independent functional components. As a result, Angular’s components can be decoupled and reintegrated effortlessly, enabling developers to reuse them throughout an application.

You probably already know that CLI is an abbreviation for Command Line Interface. Furthermore, it is one of the most widely recognized features of this framework. In addition to automating all the development processes, it can also build optimizers, create app configurations, and initialize them. As a result of the command line interface, everything about Angular is relatively simple.

What can we expect from Angular 14?

RFCs have been published and are currently being discussed by the community.

Probably the one about standalone components (or making modules optional) is the most anticipated. There should be a new flag introduced in the @Component decorator (and in the @Directive/@Pipe decorator) to mark them as standalone. Using this method, a component can be used without needing to be declared in a module. The component can declare what it uses directly. As a result, we can get rid of most modules (though they are still useful for some things), simplify APIs, lazily load components, etc.

It would be great to utilize Vite tooling, which does that and more. JS developers are already using Vite, with Vue, Svelte, and React developers using it as well.

Among the strengths of Vite is that it leverages ESM modules to speed up reloading while development. Angular’s recent packaging changes that switch shipped libraries to ESM modules make a lot of sense from this perspective. A developer experience would be greatly enhanced if that ever became a reality.

Last but not least, typed forms are an exciting experimental PR feature. A typed version of the Reactive Forms API has long been requested by developers, and we may see a typed version in the future (maybe v14?). Despite the fact that this PR is an experiment that is not likely to be merged without a more formal RFC, it does give an idea of how it will look like. It would be possible to keep most APIs the same without breaking changes or using too many TypeScript tricks.

In closing, Angular is growing in popularity with superb features and ease of use, making now a great time to hire Angular JS developers.

We at TechnoBrains have a team of seasoned developers ready to create bespoke solutions for your business aligned seamlessly to your business goals, empowering your enterprise to stay ahead of the competition. With robust Angular applications to lead the way for the app development industry, TechnoBrains invites you to the future. We can develop business apps that enables superior business outcomes.