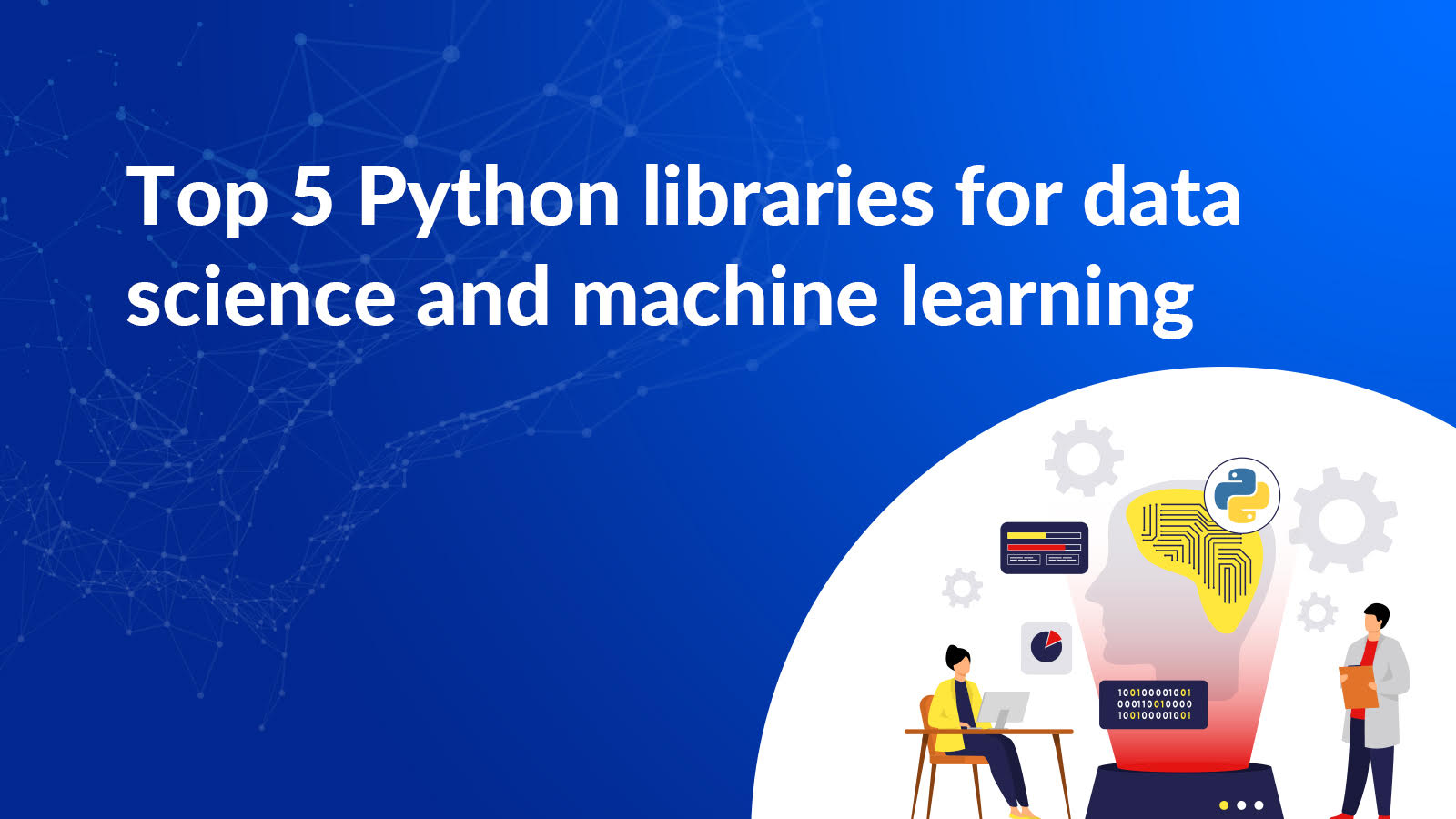 Python is the most well-known and widely-used programming language. When people try to solve problems and tasks in data science, Python never fails to surprise them. If you want to work with data science tasks in your organization, you should hire Python developers. Also, data scientists use the power of Python programming more and more […]

Python is the most well-known and widely-used programming language. When people try to solve problems and tasks in data science, Python never fails to surprise them. If you want to work with data science tasks in your organization, you should hire Python developers.

Also, data scientists use the power of Python programming more and more every day. Python is easy to learn, easy to fix bugs in, free, object-oriented, and used by a lot of people. Developers can solve everyday problems with the help of data science libraries.

In this blog, we’ll tell you about the important roles Python developers play in the fields of machine learning and data science. You will look at how Python is used in these fields and learn about the different Python libraries you can use to work in them.

Here are some of the most well-known things about Python:

Python is free and open-source. Anyone can use it for free, and it’s easy to download and install from the official website. Open-Source means that anyone can see the source code. This lets users who know enough to make changes to the code based on how the business uses it and what the product needs.

Easy to Read and Code: Python is thought to be a very beginner-friendly language, so most people who know the basics of programming can learn the Python syntax in a few hours.

High-Level: When using Python, developers don’t have to know anything about system architecture or manually control how much memory is used. The Python interpreter takes care of all of this on its own.

Portable : Portability means that Python code written on one computer can be easily moved to another computer and run there without any problems.

When Python code is run, it is processed by the Interpreter. This means that users don’t have to compile the code and then run it, as they do with Java, C/C++, and other languages.

Object-oriented: Python also works with the Object-Oriented Programming Paradigm, which lets users write code that is easy to understand and can be used again and again.

The following list of the top five Python libraries is not just a few. But you should look at other libraries too. If you want to use Python’s core functions, you should hire a Python developer as the next step.

Google’s brain team is in charge of making Tensor Flow. It is an open-source library that is used in applications for deep learning. It x`came out for the first time in 2015, and in 2016 the Google Brain team put out a new version with more features. But Pencil flow works with Python 3.9.

It was first built with a collection of numbers, and it has a flexible and complete ecosystem of community libraries, resources, and tools that developers can use to build and deploy ML-based apps.

Scientific Python is an open-source library that is used a lot in top-level competitions. Python application developers love working with SciPY through linear algebra, solving differential equations by optimising algorithms, and working with multi-dimensional image operations.

Wes Mc Kinney came up with the idea of pandas. It manipulates and analyses data to make data structures that are expressive, flexible, and fast, with features like fancy indexing, missing data, and data alignment.

Pandas offer a data structure that is flexible, fast, and easy to use. This helps developers work with relational and labelled data. Pandas are made up of two main parts: frames and series.

It is an open-source Python library with a high-performance data structure and analysis that is easy to use. This is why Python application developers who do work related to data science use the Panda library.

Again, Keras is also an open-source library. It provides an interface for the tensor flow library and also enables fast experimentation with neural networks. Keras was developed by Francois Chollet and was released in the year 2015.

It is a high-level API and uses to implement neural networks easily.

Matplotlib has great ways to show data. It is a library for plotting in Python, and there are about 26,000 comments on GitHub. Data visualization shows that it has an object-oriented API. After that, these APIs are used to put into plots.

Is Django useful in Data Science?

The core of data science doesn’t use Django, which is a web framework. But Django is a group of apps that can be used to add statistical models to your project. You can easily use machine learning, which combines different engines and libraries with a set of tools that let you use the data that was generated in your project.

If you want to easily add the data science framework to your project, you should hire Django developers.

Today, you got a quick look at how Python is used in machine learning and data science. In data science, Python and its best libraries are very important. We hope that this discussion has made you curious enough to think about learning more.