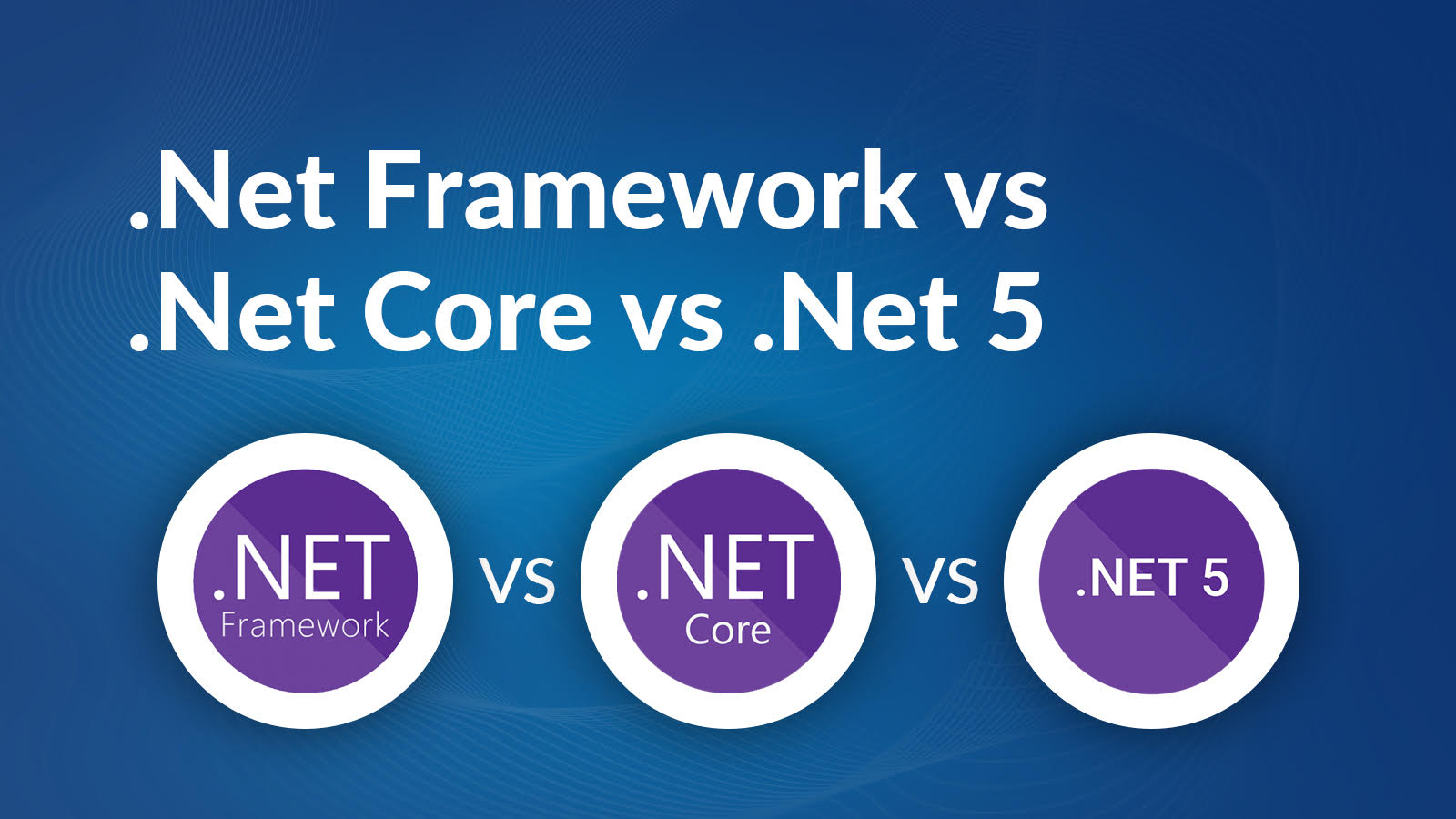 It is rarely a question of doubt which framework and which language developers should use. If you go to Microsoft’s website, you will find 3 options for downloading .NET – .NET (Latest version 5). Also known as .NET 5 .NET Core (Latest version 3.1) .NET Framework (Latest version 4.8) As a result, we are left […]

It is rarely a question of doubt which framework and which language developers should use.

If you go to Microsoft’s website, you will find 3 options for downloading .NET –

As a result, we are left wondering, “Which one should we download?”? How would you recommend we proceed with our project? These are just a few examples.

Afterwards, let’s get the doubts out of the way by answering these questions: where can all of these be used, and what are the benefits?

What is .Net Framework ?

This will help clear the doubts regarding the use of these frameworks.

Below are some reasons to use the .Net Framework

You should extend instead of migrating your application if it is built on the .NET Framework.

This platform enables developers to build a wide variety of applications across multiple platforms. .Net Core started in June 2016 and the last version was released in December of this year, version 3.1.

You should go with .NET Core if you’re putting together another application and you have a choice between .NET Core and .NET Framework.

Cross-platform support is more likely to be provided by .NET Core. Windows, Linux, and Mac OS X are compatible with .NET Core applications. When you plan to follow the microservice architecture, you may choose .NET Core.

.NET users can use Blazor to create an interactive client-side UI. It is possible to develop page-focused code using Razor pages in .NET Core, as opposed to Model View Controllers.

Read here, the detailed differences between .NET Core and .NET Framework, here in our blog.

Developers can build a wide range of applications using .NET 5, which is a platform for building applications running on numerous platforms. .Net Core 3.1 was released in June 2016, and .NET 5 is the next major release after that.

Now, more in detail about .net5 here, in our detailed blog about .NET5.

This version is the next evolution of .NET Core, which was dropped from the name for obvious reasons.

In February 2021, Microsoft announced the preview version for .NET 6 and a stable version of .NET 6 is announced for November 2021.

When to choose .NET Core/5+

.NET Core/5+ is described in more detail in the following sections.

When your application (web/service) must run on both Windows and Linux (and macOS), then use .NET Core/5+.

All operating systems previously mentioned are compatible with the .NET Core/5+ development workstation. A Windows and macOS Integrated Development Environment (IDE) is provided by Visual Studio. On macOS, Linux, and Windows, you can also use Visual Studio Code. .NET Core/5+ is supported by Visual Studio Code, including IntelliSense and debugging. .NET Core/5+ is compatible with most third-party editors, including Sublime, Emacs, and VI. The editors run using Omnisharp and get IntelliSense. If you want to avoid any code editor, you can use the .NET CLI on any supported platform.

Read about the best technologies used for microservices architecture.

Infrastructure platforms come in many varieties. Large and complex microservice systems are best handled by Azure Service Fabric. Stateless microservices can be built with Azure App Service. In the Container section, we discuss microservices alternatives based on Docker. They are all compatible with .NET Core/5+ and can be used to host microservices.

You should use .NET Core/5+ or ASP.NET Core when your application needs maximum performance and scalability. TechEmpower benchmarks demonstrate that ASP.NET Core is a top performing web framework on Windows Server and Linux due to the high-performance server runtime.

The performance and scalability of microservices architectures is particularly important, since hundreds of microservices may be used simultaneously. System performance is much better with ASP.NET Core, because fewer servers and Virtual Machines (VM) are needed. The reduced number of servers and virtual machines saves hosting and infrastructure costs.

Side by side .NET versions per application level

We recommend .NET Core/5+ to install applications that depend on various versions of .NET. On this implementation of .NET, multiple versions of the runtime can be installed side by side together. Using this method, multiple services can be installed on the same computer, each of them using a different version of .NET Core/5+. Likewise, it lowers risks and saves money when upgrading applications and operating IT systems.

.NET Framework does not support side-by-side installation. A machine can only have one version of it at a time because it is a Windows component. .NET Framework versions replace each other. The previous version that is replaced when you install a new .NET Framework app might break existing apps that run on the machine.

When to choose .NET Framework

For developers creating new applications and patterns, .NET Core/5+ offers significant advantages. For many existing scenarios, .NET Framework continues to be a natural choice, and .NET Core/5+ isn’t a replacement for .NET Framework.

.NET Core/5+ doesn’t typically require software migration. The recommended approach would be to use .NET Core/5+ as you extend existing applications, such as creating an ASP.NET Core web service.

Third-party libraries or NuGet packages not available for .NET Core/5+

NuGet packages or libraries that use technologies not included in .NET Core or .NET Standard cannot be used with .NET Framework.

.NET Core/5+ may not be supported by all Microsoft or third-party platforms. Azure services provide SDKs that cannot yet be used on .NET Core/5+. Instead of using a client SDK, you can use a REST API equivalent.

The latest .NET version is .NET 5.

It is predicted that .NET 5 will be the future of the technology, according to Microsoft.

Use .NET 5 for below reasons

Comparing .NET 5 to .Net Framework, there have been a lot of changes.

So, Microsoft offers two server side frameworks based on the above theory.

How to choose the framework for development?

With your understanding of the available frameworks, I hope you are now able to make better decisions.

Let’s see a table comparing the frameworks that can be used to develop server-side applications.

With our experience as one of the leading .net development companies, we excel in delivering the best-suited solution as per the needs of a variety of business sizes – be it startup entrepreneurs just starting out, growing mid-size companies or large enterprises looking to optimize their processes across multiple industries. Contact us for the .net development project that you have in mind.