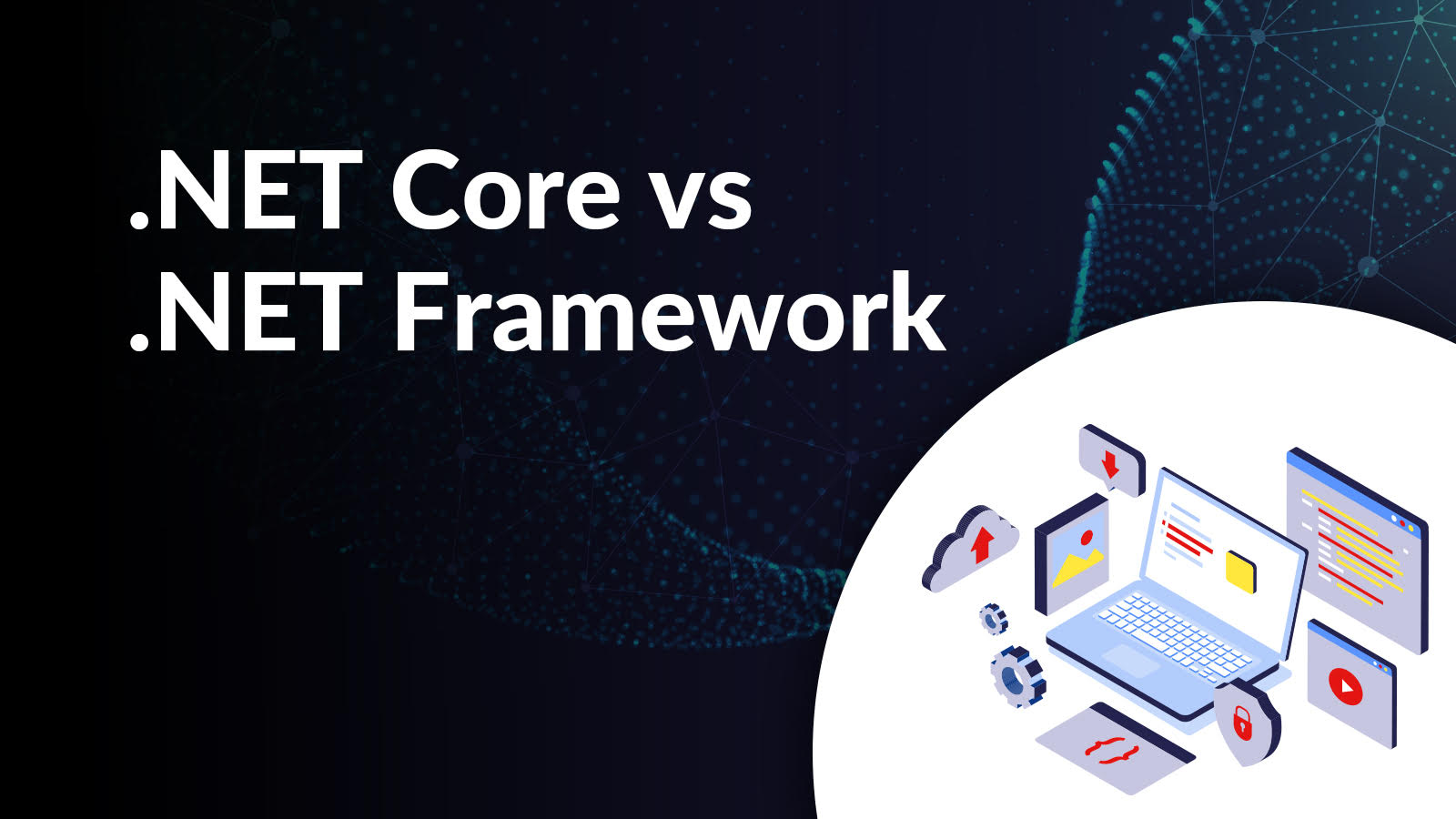 How to Choose a .NET Runtime for Your Application: .NET Core vs .NET Framework

Does .NET Core hold the key to the future? For quite some time, we’ve been debating whether it’s feasible. Thus, we have seen this technology is in demand for skilled developers. But, what are the differences between it and the .NET Framework, and how does using them effectively differ? Thus, as we explain in this […]

Web Development
How to Choose a .NET Runtime for Your Application: .NET Core vs .NET Framework

Does .NET Core hold the key to the future? For quite some time, we’ve been debating whether it’s feasible. Thus, we have seen this technology is in demand for skilled developers. But, what are the differences between it and the .NET Framework, and how does using them effectively differ? Thus, as we explain in this post .NET Core vs .NET Framework, we’ll suggest ways to use each to their best advantage.

In the past, the .NET Framework was only compatible with Windows devices. Therefore, mobile devices, macOS and Linux can run .NET using the Xamarin and Mono projects. As a result of .NET Core, a standard base library is now available on Windows, Linux, macOS, and mobile platforms (via Xamarin).

There are four major components of .NET architecture:

For the purposes of developing .NET applications, Microsoft maintains both .NET Framework and the .NET Core runtime. Both share a common API known as .NET Standard. So, this image highlights the main points of .NET Core vs .NET Framework.

It is object-oriented, C# is similar to other C programming languages. C# is therefore not hard for any developer proficient in C and versed in its complexities.

The following table may help you make your decision .NET Core vs .NET Framework

Key Advantages of the .NET Framework

Let’s discuss .NET Framework’s benefits now. A .NET developer is in a rush to complete an app quickly, but doesn’t have much time. Then, you should choose the .NET Framework. The learning curve for .NET Core is ascending, however.

.NET Core offers a variety of benefits to developers and projects despite its higher learning curve. However, .NET Core is the most effective technology option for building a new application. This new version of .NET Core from Microsoft is a significant update to the earlier .NET Core version. .NET Core is a great choice if you want a technology for future.

.NET 3.0 provides support for WPF and Windows Forms. Therefore, you can develop UWP, WPF, and Windows Forms apps with .NET Core 3.0 thanks to its extensive cross-development capabilities. With this, Windows Forms and WPF become more flexible and easier to integrate modern interfaces such as UWP.

When it comes to cross-platform development, .NET Core is a much better choice. One great thing about .NET Core apps is that they can run on multiple operating systems including Windows, Linux, and macOS. Visual Studio (VS) code, Microsoft’s open source code editing program, is also available to developers for .NET Core projects, and it’s compatible with all major platforms, such as Windows, Linux and Mac. The latest editing tools such as IntelliSense and debugging make VS Code a favorite of developers and code editors. In addition, many third-party code editors support .NET Core, including Sublime, Emacs, and VI.

The development platform for highly sophisticated, future-proof applications is .NET Core, but there are other reasons as well.

Finally, .NET Core’s lightweight architecture, modularity, and unmatchable flexibility make it a popular choice amongst modern developers. The .NET Core apps are very easy to deploy in containers because of these qualities.

Developers Should Use .NET Core :-

It is an open-source and cross-platform framework. As a result, it can be used to build applications across a wide range of platforms. Therefore, a large enterprise application or cloud application is usually refactored into microservices with this technology. In .NET Core vs .NET Framework, you should be clear to know where .NET core should be used and where it should not be used.

Use .NET Core When:-

When Not to Use .NET Core

In addition, it does not support all extensions and libraries or some .NET features. Eventually, it should be sufficient for most use cases although it may not be the best option for a few situations (currently). Here are some scenarios to consider:

Developers Should Use .NET Framework When…

The company offers services such as:

When it comes to using it, it’s most useful when configured to use Docker or Windows Containers…

When Not to Run .NET Framework

Do not run .NET Framework in the following situations:

The Xamarin platform lets developers create apps for iOS, Android, and Windows Phone. Thus, Visual Studio includes Xamarin in all editions. As a result, Xamarin is Microsoft’s way of creating a user interface (UI) and optimizing performance across hundreds of platforms. It is important to support Android and iOS devices when apps must run on both.

Therefore, to decrease time to market and engineering costs, Xamarin shares code across platforms and uses a single technology stack. Nevertheless, platform-specific coding may be required for user interface intensive apps. As a result, we save less and share less code.

This common set of APIs replaces portable class libraries (PCLs). As a result, you must implement them in every platform. Therefore, this allows you to share code across desktop applications, mobile applications, and cloud services.

You can monitor your.NET application with good APM. As a result, you can check out Stackify Retrace for free.

To write better code, use the free Stackify code profiler, Prefix. In addition to .NET, Java, PHP, Node.js, Ruby, and Python, Prefix also works with . Know more about our Node.JS development services and how it will help you.

.NET 5.0 — The Next Step on the Microsoft Roadmap

By creating .NET 5 (without “core” or “framework”), Microsoft combined .NET Framework, .NET Core, and Xamarin Development into one platform. Therefore, with it, web development services will become easier to use. The gap between .NET Framework and .NET Core will, therefore, no longer exist in the coming years, so there won’t be a .NET Framework vs .NET Core war.

.NET Core 5 comes after .NET 3.1. For the following two reasons, Microsoft chose to name the new release .NET 5 and not .NET Core 4.0:

In addition, .NET 5 doesn’t replace the .NET Framework, which is still available. Therefore, we can conclude that .NET Core and .NET Framework not going to extinct any sooner, and that .NET 5 is an extension of .NET 3.

Prefer .NET 5 in the following cases:

One important decision is to decide the framework you will use to build your applications with. When the default .NET Framework came there was very little choice. Application development has experienced an increase since the introduction of .NET Core. As a result, the open-source and cross-platform capabilities of the platform add flexibility and shareability for building robust applications.Hope, with this article you are clear about .NET Core vs .NET Framework, and know which is best to use for your runtime application.

On the other hand, Microsoft has an entirely different futuristic plan. Now, going forward it’s just .NET, with no cognomens at all. Therefore, you will need to determine which of these three Microsoft frameworks best fits your business needs.

TechnoBrains has a team of experienced .NET developers that successfully developed many web applications with SQL Server for the backend, and worked on developing the front-end using JavaScript, JQuery, HTML, and CSS.