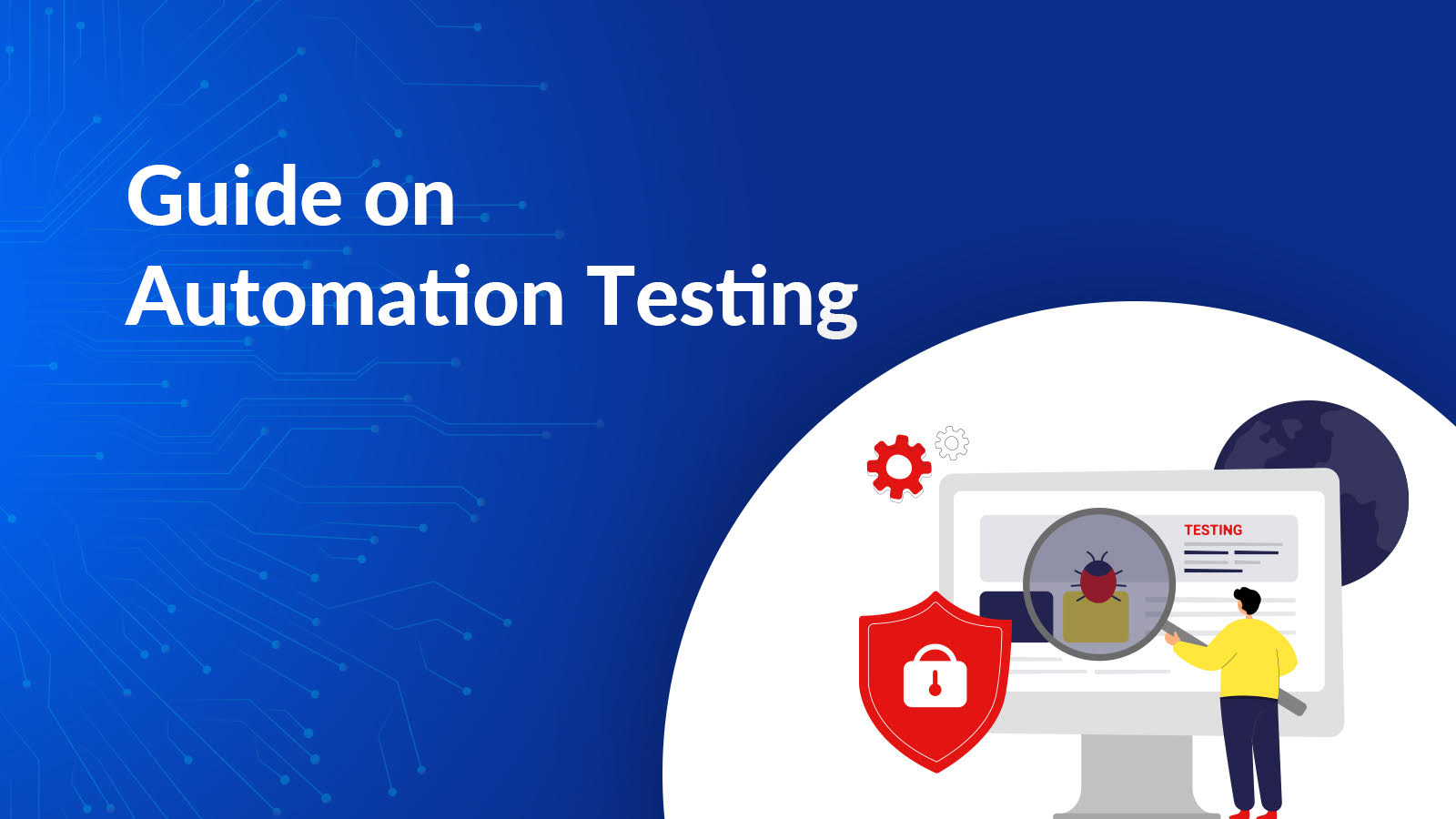 The testing process in software development is aimed at determining whether the final product meets the expected specifications and is defect-free. Either manual or automated testing is performed as part of the development process (waterfall testing approach) or, ideally, continuously (agile testing approach). In addition, proactive and continuous software testing saves time and money by […]

The testing process in software development is aimed at determining whether the final product meets the expected specifications and is defect-free. Either manual or automated testing is performed as part of the development process (waterfall testing approach) or, ideally, continuously (agile testing approach).

In addition, proactive and continuous software testing saves time and money by identifying and fixing bugs early in the development process, preventing them from becoming “baked in.” The process also speeds time-to-market, which, with changing market pressures and customer demands, is very important, and ensures the product avoids security issues.

What is Automation Testing?

Software development has relied on automation testing for years, but the proliferation of open-source and low-cost tools has made it more accessible for a wider range of organizations and projects in the last few years.

Learn about the difference between .NET Core and .NET Framework here

A repeatable test would be a good candidate for automation testing if automating it would save time or improve the quality of the app.

Test engineers or developers perform manual software testing by checking on the software’s features, uses, and functionality against test cases without the aid of available tools and software. With increasingly complex software, manual testing is time-consuming, subject to human error, and difficult to scale.

Developers automate and control test cases using specialized tools to automate and control the execution of test cases, with test cases being executed automatically without any human interaction after they are prepared. For large or complex software, automated testing is ideal if it requires continuous or repeated testing of pre-written scripts. The ability to run automated tests simultaneously across multiple components or platforms lends itself well to Agile development and its emphasis on iterative and continuous testing to find and fix bugs before they become critical, thus speeding up development.

Manual and automated testing are typically used to develop software, depending on the use case. Automation is not appropriate for tests that are run only once or twice. Every stage of the development process can be tested in any way desired by the assurance and testing team.

Learn about the Why ASP.Net is best for Microservices.

There are some types of software testing that are not best suited to automation testing. The best types of automated tests are:

Smoke Testing is the first step in identifying the problems that could hinder the functionality of the software.

Using a unit test, you can identify problems in one module of code. Unit testing in Agile development identifies the bugs of user stories developed in time-boxed sprint cycles.

A software integration test checks the wholeness of a system, i.e. when two or more modules have been combined.

During black box testing, specific aspects of the software are assessed without accessing its inner workings.

This type of black-box testing looks at the most critical parts of software and is part of the quality assurance process.

In keyword testing (keyword-driven testing, action word-based testing), familiar action words are used to model user behavior (design of the test), which is separated from the implementation (development) and execution of the test.

Regression testing runs the test cases during major software changes in order to ensure the software is still functioning as expected.

The data-driven testing approach (table-driven testing or parameterized testing) stores test data in a table and executes all test data with a single script, displaying the results in the same table.

When there is an increase in the number of users or traffic spikes, a load test helps determine how well software performs under stress conditions.

The performance of a software product is evaluated in terms of speed, responsiveness, intuitiveness, and stability. At the end of each sprint, performance testing can be checked. Tests can be conducted quickly and fragments of the product can be delivered in a timely manner.

Choosing the right automation tool and when to use it can be difficult because there are more tools than test cases. Among the top 10 automation testing tools, described in the following section, are:

Various programming languages, OSes, and browsers can be tested with this open-source tool. It is currently ranked #1 in testing web apps.

A simplified keyword tool for creating test cases for web, API, and mobile app development. Integrates with a wide range of tools including Selenium and Appium.

QuickTest Professional (QTP) was a cross-platform automation tool for functional and regression testing of software applications and environments and offered keyword and scripting interfaces.

The only continuous testing platform that does not require code.

A Windows-based testing tool for functional, load, and performance testing of web and desktop applications.

The tool includes features such as keyword-driven testing, data-driven testing, regression testing, and distributed testing in addition to test automation. Record and replay functionality is a well-known feature.

Below is a step-by-step guide to setting up automated testing:

1. Define the Scope of Automation

To determine if a test can be automated, define its requirements. Then define what a test case is supposed to accomplish.

For each test, choose the appropriate tool

The test cases should be designed and developed. Test the effectiveness of automation by starting small. Document and clearly label automated test cases.

Make sure it works by running the first test. Set the frequency of the tests (regular or triggered).

It is important to review and maintain test cases as the software evolves so that any changes that might affect testing will be incorporated. Automating this test may not be the best option if this occurs frequently.

Steps to Choose an Automation Tool

When determining a test automation strategy, QA teams develop a testing plan that specifies how they will approach and accomplish the project’s goals, as well as which tests will be automated. A decision will be made about which automation testing tools to use next.

It is important to select the right automation tool at the right time. Among the factors to consider are:

When automating tests, it is important to automate the right test cases, but it is also important to follow these best practices in order to maximize the return:

Despite its many benefits, automation is not without its limitations. It is important to note that automation testing is not appropriate for every scenario, and much time can be wasted creating a test for an environment that will change frequently or won’t be used enough to warrant the investment. In addition, automated testing requires data-driven feedback, but not all feedback is quantitative. A qualitative test would not be appropriate for automated testing, such as a test of the user experience.

Test automation – even those powered by artificial intelligence – are not capable of replacing manual testing, which is a common concern. Test automation is not suitable for all test cases and projects. A true QA professional, however, can spot complex issues or opportunities for improvement that automation cannot.

Automated testing is commonly misunderstood for the following reasons:

1. It is possible to automate every test

It is not possible or desirable to automate all tests. Automating a test that is not performed frequently enough or that will not save time should not be automated. The majority of automated tests are run early in the development process for simple, stable, fixed tests or complex and error-prone tests.

The right kind of testing depends on the job, and there is no better or worse way to test. The best approach depends on the situation and stage of the development process.

4. Test automation setup is a one time only event

It is ideal that once a test is set up, it will be used repeatedly in its current state. To remain relevant, the test script must be updated if the environment changes.

5. Automated Testing is an easy fix

Automated testing is not a one-step process. You cannot expect to set up an automated test and never have to look at it again. In truth, the source code of your automated tests requires considerable upkeep to ensure that it is performing as intended. In addition, upgrading an organization’s testing and development processes will necessitate new training and onboarding to acquaint stakeholders with automation and authoring complex tests. Although the ROI of test automation will certainly become obvious over time, the change to a predominantly automated process from a predominantly human one will require dedication, patience, and financial investment.

As part of TechnoBrains‘ Agile, DevOps development process, Agile testing is baked right into every project.

The principles and values of agile to expedite the testing process while ensuring collaboration among the testers and developers towards the common goal of quality software development. Rapidly developing software that is also of high quality and secure.

We provide quality assurance testing services at TechnoBrains to help improve existing products or platforms in terms of their performance, security, and compatibility.